You've tasted our coffee, learn more about the ministry.

On a recent trip to Colombia, LWR missionary Daniel Speckhard was struck by the sense of collective responsibility farmers had for the preservation of their community’s natural resources, especially its precious sources of water.

The community faced a problem: the livelihood of its coffee farmers, so important to the community’s economic well-being, was taking a toll on the precious Guarinó River watershed. The wastewater from washing and processing the coffee beans was polluting the river.

In an effort to protect the ecosystem and reverse the environmental damage, Lutheran World Relief teamed with the Starbucks Foundation that sought to protect and preserve ecosystems for sustainable coffee livelihoods.

Addressing the wastewater from coffee processing required new equipment that makes the process more efficient and uses less water. In the wet method of processing, the coffee bean is separated from the fruit that surrounds it. Traditionally, this step in wet milling used a significant amount of water. At the end of the processing, the water that contained organic matter was returned to waterways, a step in the process that was responsible for the death of many waterways in Latin America. 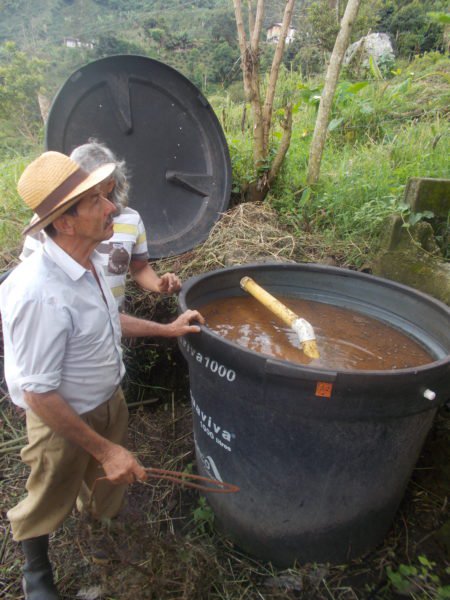 Leonardo demonstrates his waste water treatment equipment during a recent visit to his farm.

Newer de-pulping equipment that has been introduced greatly reduces the amount of water needed in this step, and requires little, if any fermentation or washing. Any effluent is then collected in wastewater treatment systems to reduce the organic pollutants before being released again to the river – often cleaner than when it was first removed for wet milling.

Speckhard said he had the opportunity to meet Leonardo, one of coffee farmers who participated in the project. 'When I asked him what he got out of doing that, he told me, “a lot more work!”'

Cleaning the water from his coffee production didn’t increase his bottom line, but he knew that if he dumped untreated wastewater, it would pollute the water source for local school and his neighbors further down the hillside. He was proud to have the ability as a result of the project to be able to care for the environment and his community.

In Hondoras, School Kits pave a better path for children living in poverty

In Honduras, poverty and lack of opportunity prevent many children from going to school. While the country offers free public education, children must still have the proper supplies to attend. But for parents who are struggling to make ends meet, school supplies can seem an impossible expense.

In the last half of 2017 our partner in Honduras, Children’s Gift Ministry, distributed 14,175 School Kits across all 18 departments of the country, making education possible for children living in extreme poverty. Children’s Gift Ministry president, Ken Harrell, notes that the gift of School Kits truly does make education possible for children in Honduras. “Many of these parents are single mothers just getting by from day-to-day and cannot afford food and clothing, much less school supplies, as much as they would like to. It is hard to believe how a simple school kit given to a child could bring such hope to a single mother living in poverty, but it truly does!”

Meet some of the children who received School Kits through this distribution, with our thanks to everyone who collects and assembles School Kits. 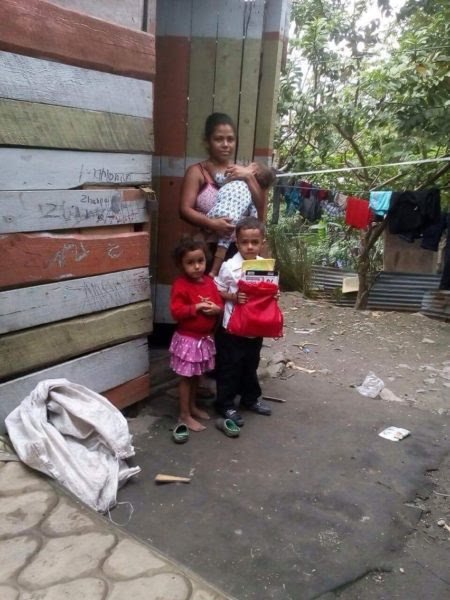 Jeremy Ramirez holds his School Kit in front of his home, standing with his family, in San Pedro Sula, Honduras.

Eight year-old Jeremy Ramirez and his family live in an area called Los Bordos in the city of San Pedro Sula, Honduras. It’s been called the “Murder Capital of the World.”

Like most families in the area, Jeremy’s lives in extremely humble quarters: a one-room shack with a dirt floor and a tin roof.

Many children in this area cannot attend school because their parents can’t afford the school supplies needed to attend. But thanks to the gift of School Kits, Jeremey’s mother says he will go to school this year.

“This is the first time I have had school supplies to go to school,” says Jeremy. His mother shares that she’s had trouble finding work, and as a result her children haven’t been able to go to school. She’s thankful for the gift of school supplies for her son, saying, “May God bless and multiply everything you do.” 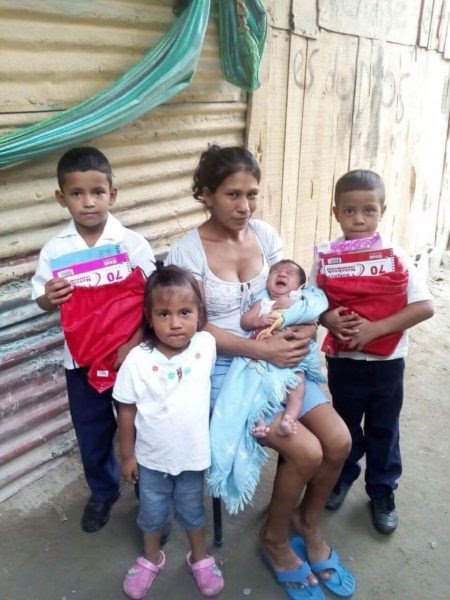 Orlin and Selvin stand with their mother and two siblings in front of their home in the Yoro Department of northern Honduras.

Orlin and Selvin stand with their mother and two siblings in front of their home in the Yoro Department of northern Honduras.

Orin and Selvin live with their two younger siblings and their mother, Rita, in the Department of Yoro in Northern Honduras.

Just one month before receiving their School Kits, their father was killed.

The grief of losing him, for Rita, was compounded by the fact that her children would not be able to attend school because she couldn’t afford their supplies.

Thanks to the gift of School Kits, Rita’s burden is eased a little bit. The family still has many challenges ahead, but Rita is happy that her boys can go to school.

“I had no money to send my children to school. This is the first time my children have received school supplies and I want to say thank you for helping us!”

HCLC is a member congregation of The Lutheran Church - Missouri Synod.